Welcome to the site which, thanks to contributions from family and friends and some of my own research, keeps getting bigger.

The Newry canal joins the river about a mile above the town, and the latter falls into Lough Neagh at its southern side, and issuing at the opposite point loses itself in the sea below Coleraine, thus forming, in connection with the canal, a water communication between that place and Newry. This is now but little used, consequent on the opening of railway communication with all parts of the country. The Great Northern and the Ulster lines of railway have a joint Station conveniently close to the town.

The ancient name of this place was Port-ne-doon, signifying the “Port of the fortified eminence,” from a castle of the M’Cann’s, who occupied this important Station, commanding the pass of the river Bann. In the reign of Charles I, Portadown consisted of no more than three or four small houses and was granted by that monarch, with the estate, to J. P. Obyns, Esq. It now consists of a well-built principal Street, and several smaller Streets branching from it in various directions. In 1780 a general grain market was established by the late Major Obyns and John Woodhouse, Esq. and of late years the weekly sales of corn have greatly increased. The trade in other agricultural produce is also great and is much promoted by the situation of the place, in the center of an extensive and fertile district, and the facile means in possession of transmission to distant parts.

The manufacture of linen, cambric, and sheeting is carried on extensively in the town and neighborhood, and affords employment to a considerable number of persons. Banking accommodation is amply supplied by branches of the Bank of Ireland, the Belfast Banking Company, and the Ulster Banking Company. Petty sessions are held on the second and fourth Mondays in each month. The general appearance of the town is cleanly and respectable. The principal Street contains a number of excellent retail establishments.

The town is also well lighted with gas and is governed by a chairman and commissioners elected triennially under the Towns Improvement Act of 1834. The Protestant Episcopal church of Drumcree, situated about a mile from the town, is a handsome edifice, in the early English Style, with a tower at the eastern end ; and the parish church of Seagoe, which forms a very pleasing object in the landscape, Stands about an English mile north, in the midst of a finely wooded and well-cultivated district. St. Mark’s Church, a neat Structure with a square tower, Stands in the town: as do also Presbyterian meeting houses, and chapels respectively for Primitive and Wesleyan Methodists. The Roman Catholic Church is situated in William Street.

The charitable institutions comprise dispensaries for the sick poor, a fever hospital, and public schools. The courthouse and newsroom, in High Street, is a handsome and ornamental Structure. A good marketplace and shambles were erected by subscription and placed under the superintendence of a committee. The general market is held on Saturday and one for grain, hay, and Straw on Wednesday. Fairs, the third Saturday in every month. 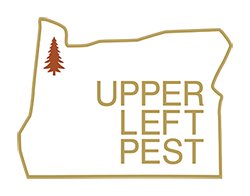 WE ARE IN LOCAL MARKETING